A History of SaC 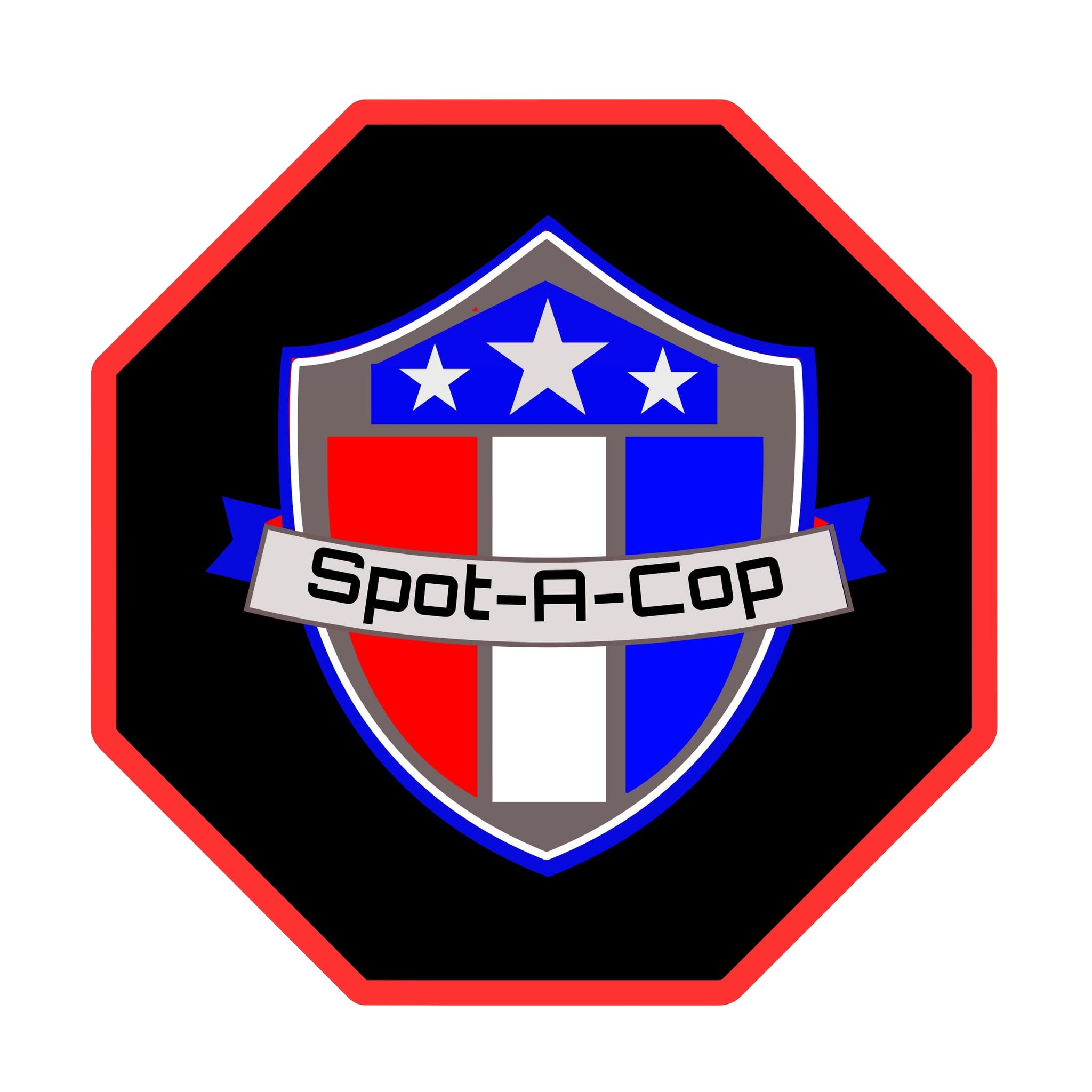 Spot-a-Cop was founded in 2013 by Jason C. Kubin from Harrisonburg, Va. after observing the local police department operating a "DUI" checkpoint. He noticed that the entire police force working that evening were congregated at the checkpoint, leaving the city unpatrolled.

He was caught driving on expired tags and suspended license. Upon going to court, he observed that it was overcrowded with victims from the unconstitutional Nazi like checkpoint. In fact, there was standing room only, and not much of that. There were over 250 citizens awaiting their turn to go before the judge and get their fines handed down. Not a single person was there for a DUI offense.

At this point [Jason] realized that the checkpoints were being operated under the illusion of DUI focused checkpoints but were actually looking for cash generating ticketable offenses that would generate revenue for the city.

He went home that night and created Spot-a-Cop on facebook as a group. Within a week [he] had 500 members who were actively posting the locationsof police speed traps and checkpoints. It instantly created a difference and the police felt it. Spot-a-Cop became a topic of discussion at the City Council meetings and with the law enforcement agencies who dispatched officers to join under assumed identities to monitor the activity of the group which was protected under the 1st Amendment of the Consititution of the United States of America.

After about a year, [Jason] saw that the group was capable of doing more than just alerting people to the locations of police when a missing person was posted. The SaC members sprang into action and located the missing woman. She was found safely and returned to her home. She had been a victim of a one vehicle accident and had spent the night in a ditch on the mountain.

At that point [Jason] began increasing the objective of SaC to include missing person, stolen merchandise, traffic alerts, emergency alerts, and amber alerts. The group had increased to over 3000 members by this time.

On January 1st, 2015 [Jason] realized that the SaC members were eager to help one another out and it became obvious that we could find missing pets too. From December 31st. 2014 to January 1st. 2015, SaC members had found 9 reported missing animals. This stat was added to the 3 stolen vehicles, 4 missing persons, and countless other alerts that ended with positive results.

[Jason] then created a sister group called the Spot-a-Cop Open Forum to give the members a place to speak their mind and discuss concerns that we had. He also created an administration panel to help run the organization. One of the admins even created a Community Alert page. This allowed the group to forcus on alerts that were not related to police, ems, traffic, or other emergency alerts. It focused on missing persons, missing pets, stolen merchandise, and vehicles.

The group was doing so well that it spread to other states. [Jason] created sister chapters in Maryland, West Virginia, a 2nd one in Virginia, and one in Pennsylvainia. SaC began attending protests to help stop police brutalitity and violence against police. Today SaC is doing very well and is growing each day. With over 13,500 combined active members spanning 9 states, the group has been helping many communities. The organization is now setting up chapters in Ohio, Florida, Kansas, and a 3rd in Virginia Beach. (All Chapters)

But no good deed goes unpunished. In 2016 [Jason Kubin] was targeted by the Task Force as a result of the success of SaC. They used an aquaintence of his who tricked Jason into letting him use [Kubin's] bank card to order chemicals off the internet. He told [Jason] that the order was legal but the informant and the police knew this was a lie. [Jason] had to serve 1 year of a 10 year sentence. Though the police and Commonwealth District Attorneys office (Chad Logan) deny that the setup was a result of Spot-a-Cop, it was a constant issue leading up to and during the sentencing hearing. But [Jason] did his time, and stood up for what he believed in. As a result, SaC grew at incredible numbers in record time. Today they receive about 100 new member requests per week on average. And the local law enforcement agencies don't like it. They thought his indictments and convictions under Alford vs. North Carolina would discredit and cause SaC to collapse. But it only served to make the agency grow larger and larger as the communities it serves could not be fooled by the attempts of a corrupted and angry system.

[Kubin] has insisted on his innocence til this day, and rightly so, with so many tainted facts and tactics used by the police to protect their drug dealing informant, Paul Ritchie Jr. of Timberville, Va. it's no wonder why the judge gave [Kubin] the lightest sentence possible. He (Hon. T.J. Wilson) wasn't swayed by Chad Logan and his henchmen's attempts to ruin the life of an innocent man, but having taken an Alford Plea, he [Wilson] had no choice but to issue a jail sentence. [Kubin] was sentenced to 10 years with 9 suspended.

In 2019, [Kubin] broke ground on a new sister site titled, Project LIFE (Living Is For Everyone.) This project aimed at bringing communities together, would focus its efforts on assisting members who are going through a hard time in their lives and need emotional support. Though it's main objective is to reduce suicides, the group handles all types of situations and works together with members to provide them with support, an ear to vent to, and resources in their area. Project LIFE was just another way [Kubin], and already established activist and philanthropist, was able to generate more positive relations between not only the community and law enforcement, but with each other as well.

In July, [Kubin] took SaC to an even greater level. He developed SaC Radio. Through this station (internet radio) several members of SaC became hosts and ran shows nightly. The shows ranged in topics and type, but each engaged the members and listeners. SaC Radio was the precursor to SaC LIVE!!! (a video show that would air weekly.