Why is this event so important?

We took to the streets with AFK, The Peace Keepers of Virginia, and the #StandVa movement. Rob Kapp, a boots on the ground freedom fighter and activist coordinated an event. He spoke with the media and handed out pocket Constitutions while spreading the news about rights, the fight for the ranchers in Nevada, and our 1st & 2nd amendment rights. 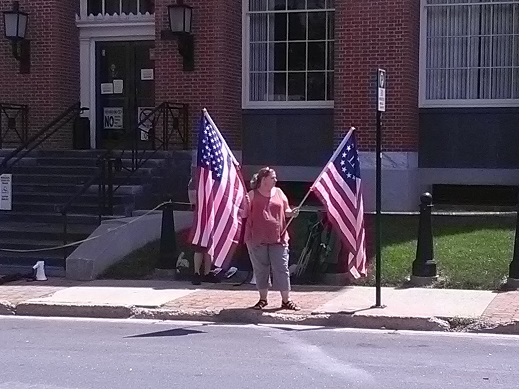 Several organizations and people participated. Even children and passerby's joined in as the groups waived flags and greeted community members. It was a site to see, set perfectly in front of the Federal Courthouse in downtown Harrisonburg on July 15th, 2017.

The event was planned to start at noon but supporters arrived early, anxious to do some good for the community.

Several people were on hand like Lea Gale Blake of the AFK group, who drove all the way from Richmond for this event.

Rob Kapp gets a few interviews from the patriots. Jason C. Kubin provides his insights.

Children were even involved. Kaleb Kapp is seen here flying flags. It's a wonderful thing that tomorrows generation is learning about important lessons in relation to our Constitution. 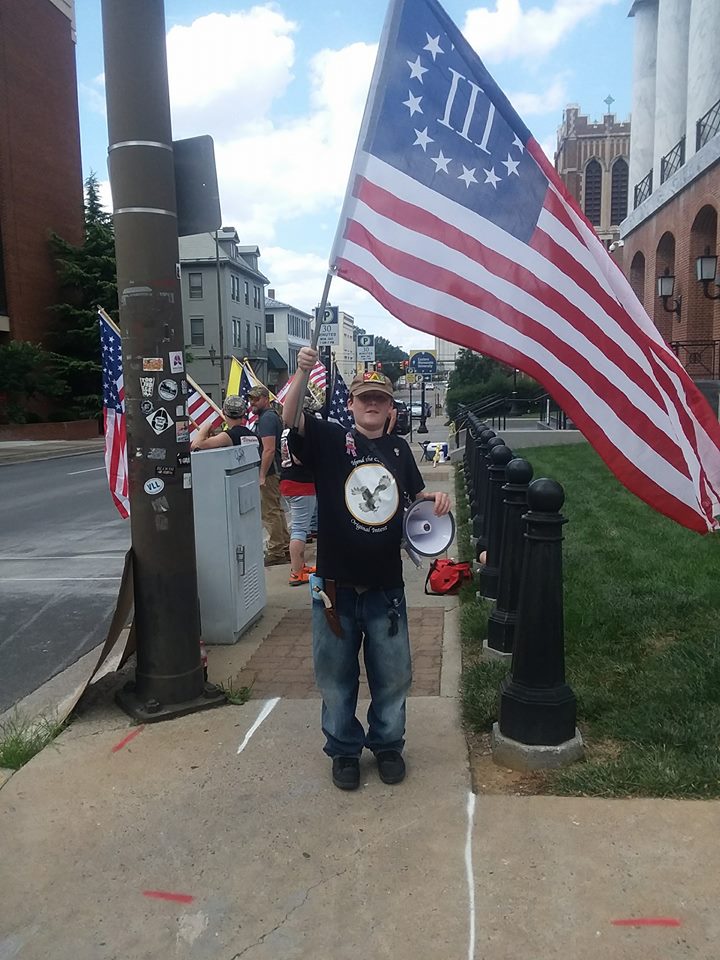 Sigrid Anderson also came out to help represent the Spot-a-Cop organization. She too gave an interview. 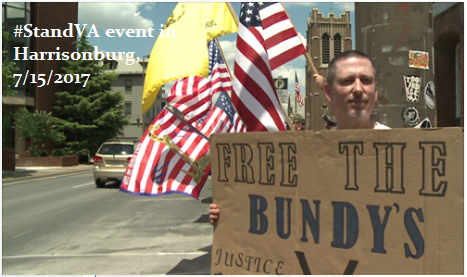 SaC's founder, Jason C. Kubin was proudly supporting the cause. Freshly released from jail, he was eager to jump right back into his role as a leader and activist, fighting for his community and country. 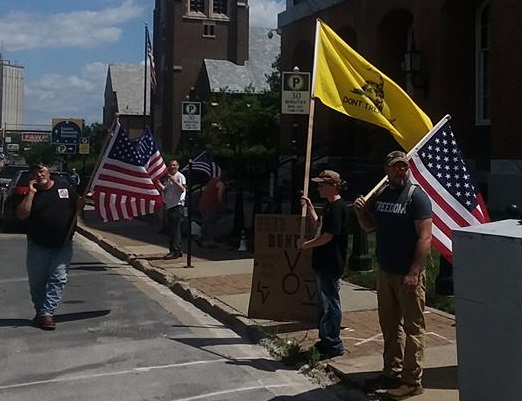 The event started out slowly but more and more supporters showed up. A call to arms was made to SaC to get more supporters to come on out. Likewise, The Peace Keepers of Virginia were also active in trying to increase the amount of supporters. The general of PKV walks in front of the pack, proudly waiving the colors of freedom.

The front line in virginia was a beautiful sight as patriots stand tall and proud in defense of this country. 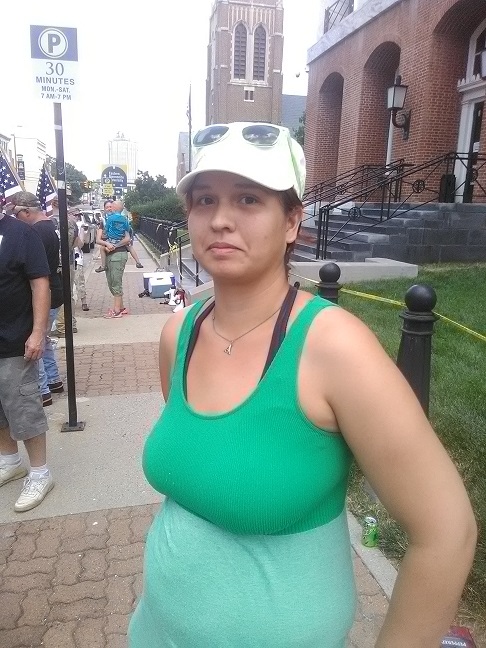 Even local community members came across the event and jumped in to be counted and to stand against tyranny and a corrupted federal government. This young lady's very first action after being released from jail was to stand for freedom. Bravo!

Eventually, all the groups came together. The wall of patriots grew and the vibrant colors of freedom yet waived again. Gaining support by passing motorists, the groups of patriots waived their flags high in an almost revrent fashion.

The event caught the attention of the media. WHSV TV3 came out to cover it and Rob Kapp provided an indepth interview. Here's what TV3 reported.